As much as I am an advocate for the ‘thick’ girls this post isn’t about them. The title might indicate the age old conflict between fat girls & thin girls, plus size models vs. skinny models, media stereotypes & what their perception of true beauty is, blah blah blah but no! This post isn’t about what size a woman should be, this post is actually about my kids & a world that just won’t quit!

I have two sons who are ten years apart (I know, big age gap but let’s save that for another post), my first child was born at 3.1kgs, that’s a pretty big baby. He was quite a chubby little lump all through his first year & everyone just gushed over him & his rolls. When he got to toddler age he started to drop all that baby fat & that was okay with me but the rest of the world had something to say about it; “maybe he needs to go some vitamins”, “maybe you should change his diet” & whilst I was very agreeing in my responses I never really gave it too much thought. All I knew was that he was happy & most importantly he was healthy & that was sufficient for me.

Last year August I gave birth to my second son, he was born at 2.5kgs but his weight at discharge 3 days later he was a teeny tiny 1.9kgs but I need to reiterate here that he was healthy.
I didn’t have a very smooth pregnancy, I was diagnosed with gestational diabetes in my second trimester, I also had a shortening cervix which threatened with an early labour & let’s not forget that I was ten years older than when I had my first child (age may seem irrelevant but trust me it’s relevant when pregnant).
My little Ethan was born at 35 weeks & by definition he was a premature baby, his lungs were underdeveloped so he spent 3 days in NICU but all was right as rain after.

Looking at his photos you know there’s no denying that he is as cute as a button & he has a personality to match. He’s honestly such a happy baby, constantly smiling & giggling. Needless to say when we are out & about he pulls quite a crowd. Everybody oohing & ahhing  & wanting to hold & play with him but then ‘THE QUESTION’ is asked, the question I have come to loathe & despise, the question that spikes my blood pressure & has me wanting to explode – “HOW OLD IS HE?” – sure it’s a pretty ordinary & innocent question but the responses I get when I answer that ordinary & innocent question makes me hate it.
Physically Ethan is quite small but not an irregular small, he’s an average small. I’ve seen other babies his age the same size & I’m sure the mama’s of those kiddos share the same feelings as me when they get the similar responses I do when asked ‘THE QUESTION’.

For f**k sake, come on world! Let’s get real here, apart from making me feel like a completely useless mother who isn’t feeding her child properly if he could comprehend your words he would feel utterly useless himself.

The packer at the grocery store last night went with a very sympathetic stare followed by “he still looks so lovely & then had the nerve to say “he must of been premature right” & I suddenly felt myself losing my sh*t – “HE’S HEALTHY THOUGH SO DON’T WORRY ABOUT HIM DYING FROM BEING SO TINY.” – and this is now my default response J.
In hindsight I could have kept it together & just smiled & affirmed that he was in fact a preemie baby but in hindsight she could have been less of an arse & just continued to baby talk with him.

When our kids are little we want them chubby & full figured. When they’re older we’ve made it so that society has decided that your weight defines your beauty & the smaller you are the more beautiful you are. I think it’s about time we commit ourselves to just wanting & helping our kids live healthy. We, the adults, need to shift our mindsets in order to raise our kids to be better adults. So if you’re reading this & you’re one of those people who frown upon children because they don’t live up to your expectation of what they should look like remember that change starts with just one person.

One thought on “A World Obsessed with Size” 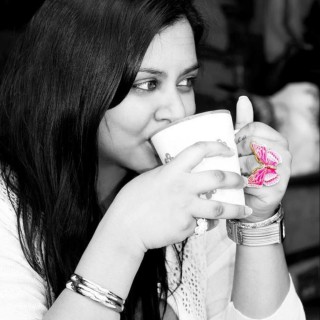